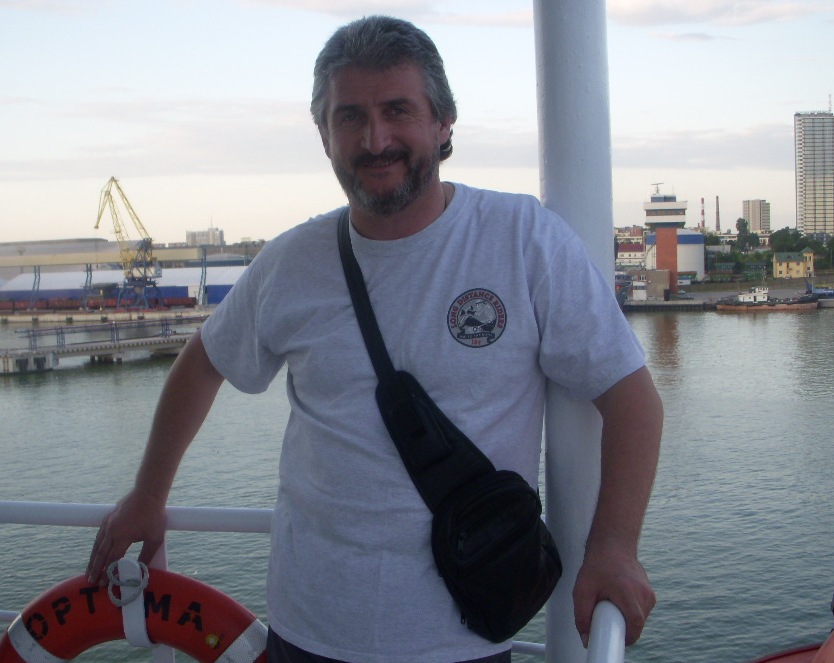 Favorite Ride: Coast to Coast in 2010

I was born in Far East Russia in 1961. Together with my parents in 1973, I moved to Lithuania. During the period of time from 1978-1991 I had the opportunity to see the real life of lambs, camels, etc., while living in Soviet Middle Asia. Due to the fact that I had no motorbike, I compensated the fact by riding horses which I still enjoy today.

My journey to Long Distance Riders was not so short and easy. I got my first motorbike in 2004 that I dreamed of my whole life. But now I’m here and thanks to Jack, I feel fine! Please always pay attention to Jack’s phrase: “Ride Safe.”

Interesting Fact: I was born near the Pacific Ocean and the last time I saw it was in 1973. During my Coast to Coast ride I was able to see it again in 2010.

Future Rides: Planning on visiting USA during spring 2011 and I would like to cross the country starting in San Francisco, California on Route 66 with a little turn to the Grand Canyon, Oklahoma City, Kansas City, Chicago, Nashville, Memphis, Tallahassee, Tampa, and Key West. Also plan some trips in Europe through Germany – BMW Motorrad Meet, Byelorussia – Brest Motoshow, and Estonia – Narva Bike Fest.