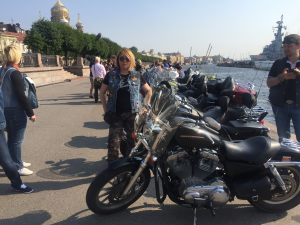 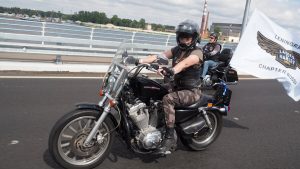 From the 2nd till the 5th of August 2018, the bright international holiday – “St.Petersburg Harley®️ Days” took place for the 7th time in St. Petersburg, Russia. The city shuddered with the roar of engines.  The crowded restaurants and hotels were filled with cheerful people in their motorcycle vests from all around the world. As is the tradition, the festival was held in the heart of St. Petersburg, at Ostrovsky Square.

Motorcyclists from 30 countries arrived to participate in Harley Days in St. Petersburg.

This year there were interactive platforms, and motorcycle and custom bike show areas. The guests enjoyed the stunt riders performance, a safe riding school for kids, power show from Pavel Zubrinov’s team, a foam party and many different bands’ performance.

The annual parade, which started at the Palace Square, passed by the new route to demonstrate to all the participants, not only the historical, but also the more modern part of Saint Petersburg. The column, which this year consisted of more than 4000 motorcycles, proceeded along the Betancourt bridge and the West high-speed diameter highway, from where everyone might enjoy “St. Petersburg” stadium, the Yacht Bridge and the highest skyscraper in Europe, “Lahta Center”.

At the H.O.G. hospitality area there was organized a completely new activity for the H.O.G. members. The guys took part in a culinary contest where everyone could show their talents and cook a treat for themselves and the guests!

Thanks to the incredible sunny summer weather, the holiday turned out to be very warm and emotional. It made everyone screw up their eyes and smile in the shine of the chrome iron horses shimmering in the rays of the August sun.

Posted below are some photos from the event. 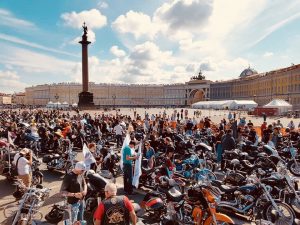 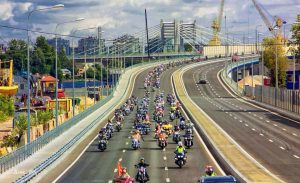 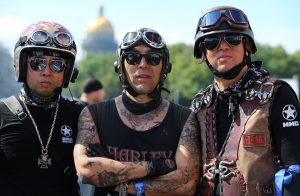